Machina Kore are ecstatic to announce that ex- Sinocence drummer Davy Cassidy has now joined the band. It’s a reunion with Machina Kore/ ex- Sinocence frontman, vocalist and songwriter; ‘Moro’, welcomed by all members of Machina Kore, as this highly experienced bunch of musicians build on their respective historical successes in previous bands to collectively shape a new and improved sound.

Having released the outstanding and enigmatic ‘Blood In Code’ E.P in May of this year, prior to Cassidy’s addition, the new Machina Kore line- up are currently putting in studio hours as they excitedly work on material for their first album together, and are preparing to rock the post- pandemic live music scene of Northern Ireland in 2022.

Between Sinocence veteran Moro’s years of service and testament to their success, Sean’s (Haughian; bass player) years of commitment to Lurgan bands ‘Phoenix Dawn’ and ‘Kelwan’, Dungannon based Shane Comac’s prominence as Angus Young in his own AC/DC tribute band AZ/DZ, as well as 30 years experience as a semi- professional musician turned songwriter, and Cassidy’s resume as drummer of Million Dollar Reload and Sinocence amongst other bands, this promises to be a solid, heavy, powerful and eclectic blend of musicianship and production.

Not only that but with Morrow and Cassidy being responsible for co- writing the vast majority of legendary NI band Sinocence’s back catalogue, Sinocence fans should be waiting with bated breath to hear how the dynamic of this estranged pair adds new blood to the future of the Kore and the sound body of songs already written by Morrow, Haughian and Comac this year. Roll on the new year and prepare to be uprooted!

Machina Kore’s ‘Blood In Code’ E.P was released on all major platforms on 07/05/21 and can be heard on Spotify and YouTube as follows: 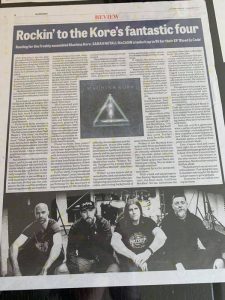 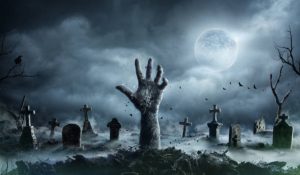 EP Streaming on the 7th of May 2021 from 9pm on all major music platforms. 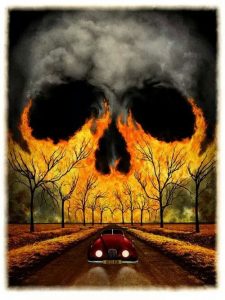 INCEPTION 2020 started with a mission, although this was a