As we head out of 2021 the likelihood is that 2022 is pitching itself as some sort of upgrade to its predecessor.  Either-way, the last couple of years have been unusual for sure; most definitely uncertain.  There is no exception to the rule within Machina Kore. We didn’t necessarily know if we were writing to appease the torture of lock downs or if it was leading to, well, anything at all, but for the time spent it served as therapy.  The writing of the debut e.p.was laden with restrictions so with the ability to actually be in the same room again the songs have been revisited and reimagined a little with changes that would have made the press had things been a little more predictable but should carry well in a live environment.  Plans for the new year are underway and looking achievable.  So, we would like to send our thanks to all those who have reviewed our music, those that have helped it become a reality and genuinely everyone who has shown an interest. We enter the new year optimistic and all being well hope to see you out there!. There should be plenty to look forward too!! 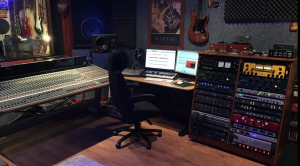 Einstein Studio's:  The making of "Blood and Code"  Fra