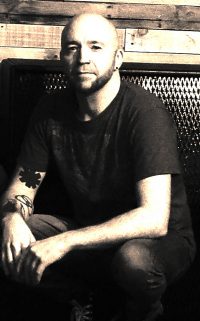 Born in Craigavon, and brought up in Monaghan then Portadown, Machina Kore drummer, Davy ‘Cassa’ Cassidy joined the band in November 2021

Brought up in a musical home by dad Noel; drummer and singer (an unusual but not unheard of combination); mum, Lynda, like many women of her generation, an avid fan of the late singer, actor (and son’s namesake) David Cassidy, (who he has laughingly referred to as, ‘the aw me’!); and later joined by two musically appreciative younger brothers, Chris ‘Kaxxx’ Cassidy (ex- ‘Sinocence co- member and bassist) and Andrew ‘Jones’ Cassidy (current ‘Cursed Sun’ frontman), Davy was destined to perform. 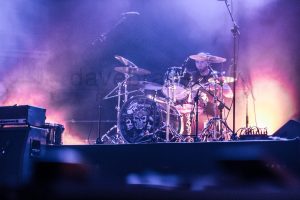 And perform he did, from helping his dad write out lyrics in preparation for gigs at the young age of 7, to picking up his first set of drumsticks at the age of 15, Davy insists he was born to drum! From growing up at home listening to T- Rex, Rory Gallagher, Deep Purple and The Sweet, to name but a few, to finding his own musical inspiration through bands like Led Zeppelin, The Beatles, Aerosmith, Faith No More, Red Hot Chilli Peppers, The Black Crowes, Smashing Pumpkins and The Cult to scratch the surface, the music Davy listened to by his own admission, changed him and became him, as his fingers bled practicing drums every day after school for hours in lieu of homework. A youth well spent as Davy went on to play in several successful bands over the years.

Following a 6 year hiatus due to musical disillusionment, Davy eventually made his comeback drumming for Portadown band ‘Microlip’, before re-uniting with ex- Sinocence frontman, singer and co- writer, ‘Moro’ back in metal where his heart lies, with Machina Kore.