It would be a fair to say music is in Shane Comac’s blood. Descending from two musical families that have been involved in the Irish live music scene for almost a century, it was inevitable that Comac would find his way onto the same path. Lifting a guitar at the age of 11, it was learning his first tune Live Wire by AC/DC that got him hooked. Early influences such as Dave Murray, Angus Young and Marty Friedman helped shape him along the way. 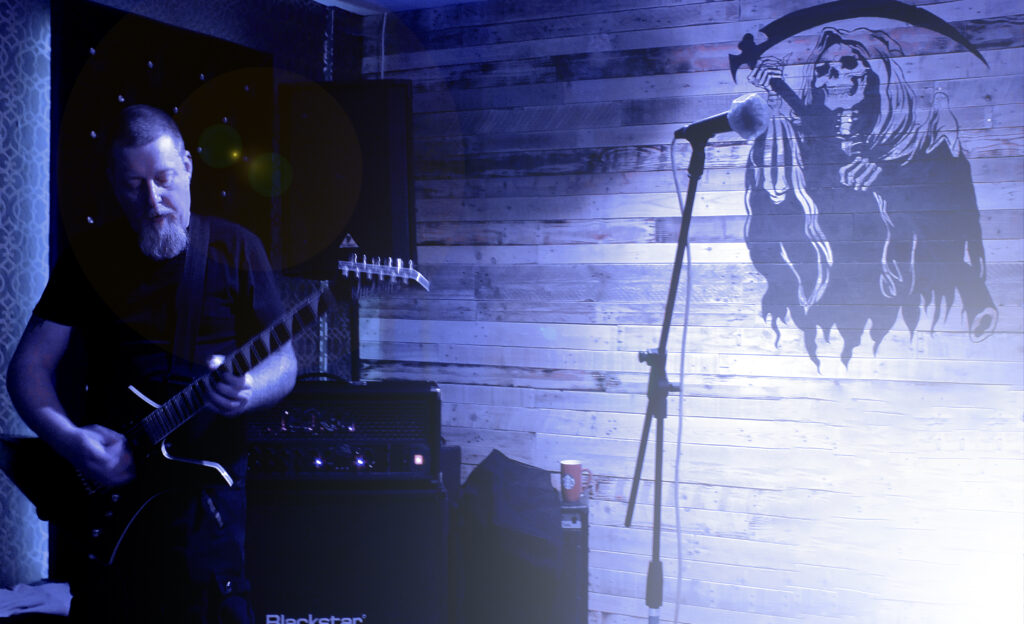 Playing lead guitar for original bands for a short period in the early 90s would lead him to the pub/club scene in which he turned semi professional at the age of 19. After years of touring the circuit throughout Ireland Comac then formed Ireland’s definitive AC/DC tribute act AZ/DZ in 2003. Playing the part of Angus Young it was here that he was able to show his true playing ability. After almost 10 years of pubs,clubs,theatres and headlining town festivals throughout Ireland the band eventually called it a day in 2011. The following years saw Comac obtain a residency gig as a solo performer.

Unfortunately in 2017 due to uncontrollable circumstances Comac was forced to quit the live music scene completely due to illness in the family.After a tough patch in his life the tide eventually turned in 2020, fate had led him to being introduced to Moro, which saw Comac take up the offer to help form something new.